News from W.S. Safety, industry leaders in fall protection safety: The Genie SX-180 Telescopic Boom Aerial Work Platform is now being used by W.S. Safety. We are happy that we can now offer the largest of its kind in the work platform category on the market for installing our fall arrest systems and guardrails at construction sites. The unit has a 180-foot vertical reach and 80-foot horizontal reach. The 8-foot by 3-foot working platform has an unrestricted capacity of 750 pounds. The 180-degree rotating jib allows us to position both workers and materials exactly where they are needed

W.S. Safety is excited to mention that FabEnCo, Inc., the world's leading manufacturer of self-closing industrial safety gates, recently released a new product: the Pallet Safety Gate. The newest addition to the company's full line of guardrail systems, these units were designed for mezzanine and platform material handling.The units come in 6 galvanized or powder coated models that cover unprotected openings from 44-79 in. There are also specialized clamp-on and bolt-on models available which feature impact-resistant bumpers to protect materials that are being transported by forklift from damage.

News from the construction safety industry:

More and more people continue to be injured and killed from falling through unprotected skylights. The glass is in no way strong enough to support the weight of a person, especially with the included momentum of a fall. It is important that building owners and construction site management cover these risks and help their workers feel safer in their work environments. Read the full story here.

Wells Fargo has announced in its 2014 Construction Industry Forecast. They expect construction equipment rental will remain strong in 2014 with 91.2% of contractors saying they plan on renting. This follows on the heels of the nearly 80 percent of surveyed contractors that said they rented equipment in 2013. Read the full story here.

With 130 high rise projects in the works, Toronto is still a leader in the construction industry. The gap between it and second place New York is shortening however, with New York having a reported 91 projects in progress. An analyst quoted by CBC news says he expects at the current growth rate for that gap to be all but closed by 2015. It doesn't appear that the closing in of New York on Toronto is due to Toronto's construction slowing but rather an "uptick" in New York's construction business. Read the full story here.

Honeywell announced its 2014 fall protection open enrollment schedule including courses in more than 30 cities throughout the U.S. and Canada, as well as courses at state-of-the-art Honeywell training facilities in Franklin, PA, and Houston, TX, which feature catwalks, climbing towers, confined space simulators, wind simulators and other equipment to protect from hazardous environments in a range of industries. The courses feature Miller fall prevention and protection training. Read the full story here.

Did you enjoy this article? 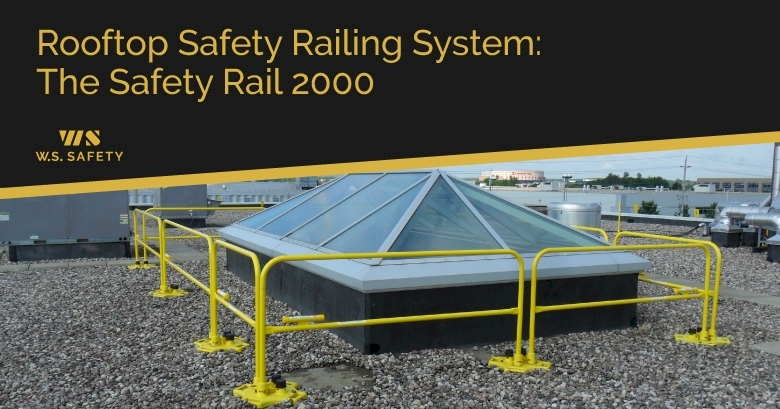 The Safety Rail 2000 is the most comprehensive rooftop guardrail system on the market today. Nothing comes close to matching the options and features available, and nothing else comes close to meeting the broad safety requirements from all types of

This article highlights the features of our most trusted safety swing gates. Read on to learn more about FabEnCo's industrial safety gates and BlueWater self-closing safety gate to see which of these OSHA safety gates is right for your

Bluewater Mfg. clearly and concisely describes their roof fall protection systems in this helpful video. Their products exceed industry standards, come in a variety of product options all while providing dependable safety. Learn here about Bluewater